Main fabric 100% viscose. Take off feathers before wash! Dry clean or wash cold with mild detergent. Do not tumble dry. Warm iron. Iron on reverse side. Do not iron feathers. Do not bleach. 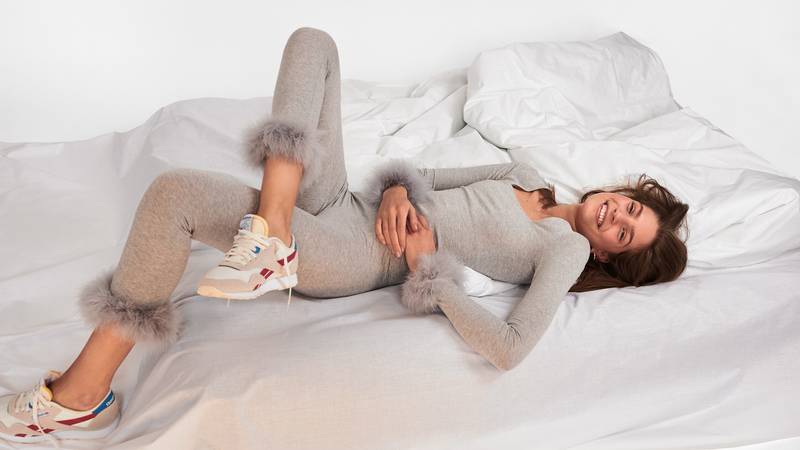 Sleeper was launched in 2014 by two former editors Kate Zubarieva and Asya Varetsa. One of the founders had a dream on Christmas night about her standing in the middle of a pajamas factory. The next winter Sleeper debuted with Winter Collection FW14-15, which was highly regarded by the editor-in-chief of Vogue Italia Franca Sozzani, who named Sleeper the brand of the month.

Fall back in love with bedtime.

15% off your first purchase if you sign up with your email below. Be the first to know about special offers and new arrivals.*

Thanks for signing up!